India’s ancient Ayurveda science focuses on vegetables, fruits and nuts as healthy diets, yet the country today is touted as the global capital of diabetes.

The World Health Organization (WHO) reported that the population of diabetic Hindustanis is nearly reaching the alarming mark of 69.9 million that was projected for 2025, which if not addressed with solutions could reach 80 million in 2030.

The most recent statistics show that diabetes is more prevalent in cities, as around 28% of people living in urban areas have diabetes. In rural Hindustan, the population has a lower diabetes prevalence rate of 5%.

Since 2004 much has been written about the noticeable lifestyle and environmental changes that have been taking place in India’s urban metros, mostly among wealthy Indians. To a large extent the prevalence of diabetes came as a result of industrialization and the widespread migration of affluent rural folks in urban Indian communities.

However, many began to develop a strong liking for, and dependence on flavorful, high-fat, calorie-rich food offered in metro streets and by city fast food chains.

As many Hindustanis developed an unhealthy eating habit of consuming excessive amounts of food, the resulting imbalances of nutrient intakes led to metabolic syndromes affecting the digestive system. One such problem is the development of resistance against insulin, the hormone that mainly help cells absorb glucose or blood sugar.

A comprehensive study published by leading medical journal, The Lancet, reported that Indians tend to consume more carbohydrates in amounts than what is recommended as adequate. 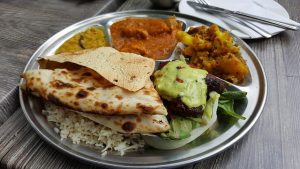 At the same time, they eat less protein, particularly plant protein. This is regardless of the availability of diverse sources of dietary nutrients in Indian communities.

The trend is that the unhealthy eating habits developed by many Indians led to excessive weight and obesity. These health problems could have been corrected and curbed through proper diet, increased physical activity and lifestyle changes. Yet cases of child obesity all the more increased the size of India’s obese population diagnosed with type 2 diabetes.

Actually, the greater concern of India’s medical experts are findings that show Indians as genetically predisposed to have increased risks of developing type 2 diabetes and coronary artery disorder (CAD). The prevalence of these illnesses in the country has made it even more important for the government to keep medicines affordable and accessible to all citizens in all Hindustan regions.

To ensure that medicines will continue to be affordable at all times, the government has made it mandatory for doctors to prescribe generic medicines in the treatment of all types of ailments, including diabetes and CAD. Moreover, the Indian government instituted a generic drug distribution and selling system called PCD Pharma Franchise. Readers can find more details about PCD Franchise in this web page: https://vivaceutical.com/monopoly-pcd-pharma-franchise-company-india/